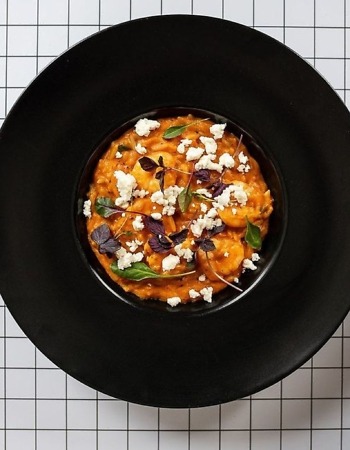 On the 1st of April, 2013 we opened our doors for the good people of Cambridge. Straight from the turquoise blue waters of Elafonisos, Laconia & the family ventures of Capari Suites, the Kouzini Restaurant and the Canal Bar, we carry on aspiring for excellent hospitality since 1936. That was the year that our namesake grandfather started his Pub in Elafonisos, Laconia. At the time, Greek village pubs were essentially community cooking centres that would cook the meat, fish or vegetables supplied by the customers, and would only charge for the wine or beer that was ordered with the food.

To Kouzini (diminutively: The Little Kitchen) still stands prominently in the exact same historical building at the promenade of Elafonisos harbor from where we continue serving Greek & Mediterranean specialties.

For us it’s all about Classic. Simple. Great. Food.

On the 10th of April 2020 we launched this online food portal to bring your favourite Greek food at your table at home. We will keep phasing in our in-store menu as demand increases and we will also keep on adding carefully selected delicatessen products from Greece and the Mediterranean.

Finalist: Restaurant of the Year at the England and Wales Food Awards for 2 consecutive years 2014 & 2015

We have been featured in:

Several of our products have been awarded with the Great Taste Awards Quality Badge.

Get Directions
Choose a Plan to Claim Your Business

Your request has been submitted successfully.