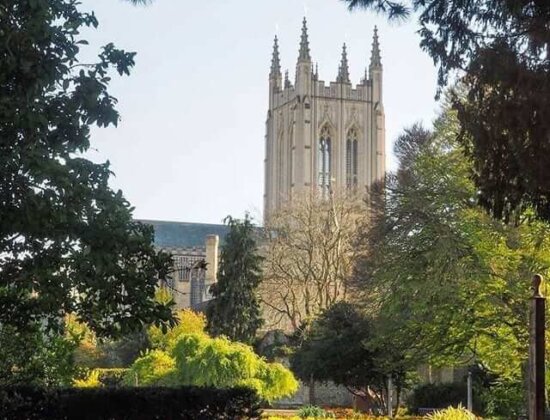 In the heart of Bury St Edmund, the Green Flag Award-winning Abbey Gardens really does have something for everyone. History lovers will be fascinated by the Ruins themselves, while gardeners will be impressed by the floral displays and herb garden. There’s also a children’s play area, an aviary, a cafe, tennis courts, crazy golf, and a bowling green!

The award-winning 14-acre park is on the site of a former Benedictine Abbey, once a powerhouse of medieval England. Created in 1831 by Nathaniel Hodson, the Abbey Gardens was originally a botanic garden laid out in the same style as the Royal Botanic Gardens in Brussels. In 1936 the concentric circles were replaced by the sixty-four island beds which, together with illuminations, formed part of the Coronation celebrations for George VI in 1937.

Get Directions
Own or work here? Claim Now! Claim Now!
Choose a Plan to Claim Your Business